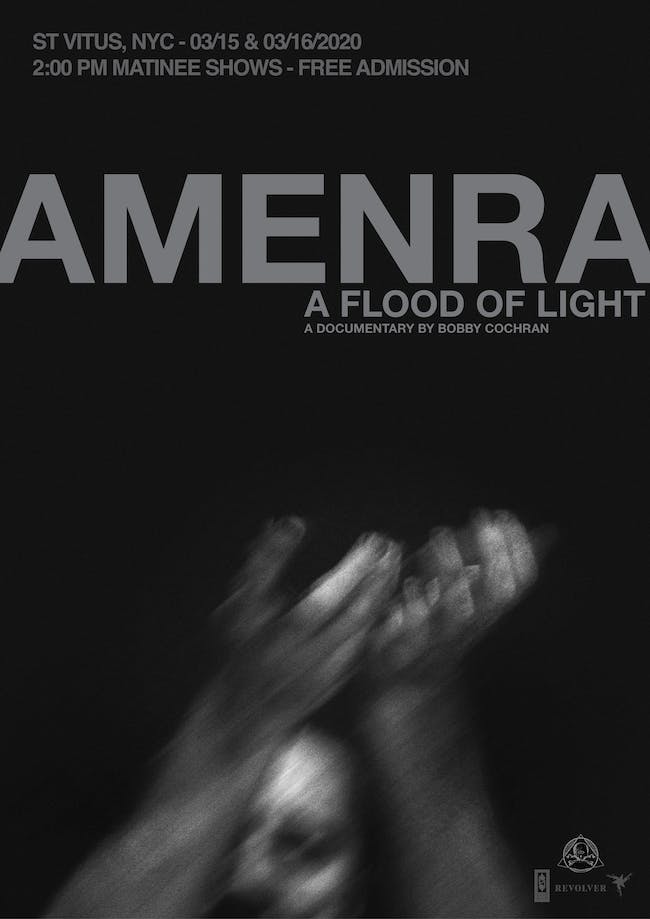 iCal
Google
A free matinee screening of Amenra: A Flood of Light A documentary by Bobby Cochran.

An intimate look into the world of the Belgian post metal band in its twentieth year of existence. Amenra came into life in 1999 as an offset of the Flemish hardcore scene and grew throughout the years to become a widely respected collective that is continuously pushing the envelope on what it means to be band. Through uncommonly intense live shows, elaborate art work and collaborations with a broad spectre of artists from a slew of disciplines, the band created a completely unique universe of their own, which reaches much further than just the musical side.

Photographer and videographer Bobby Cochran (°1972 California, USA) started following Amenra a few years ago on various tours of Europe, the United States and Japan. The result is an intimate portrait in which the band members and their closest collaborators reflect upon the past twenty years over stunning images and soul soothing music. Before it can be viewed anywhere else, this documentary has exclusive avant premiere screenings at Saint Vitus Bar in Brooklyn, NY, TrueNorth in Melbourne AU, Moviac in Baden-Baden Germany, The Roma in Brussels, Belgium, and Sphinx Cinema in Ghent, Belgium.