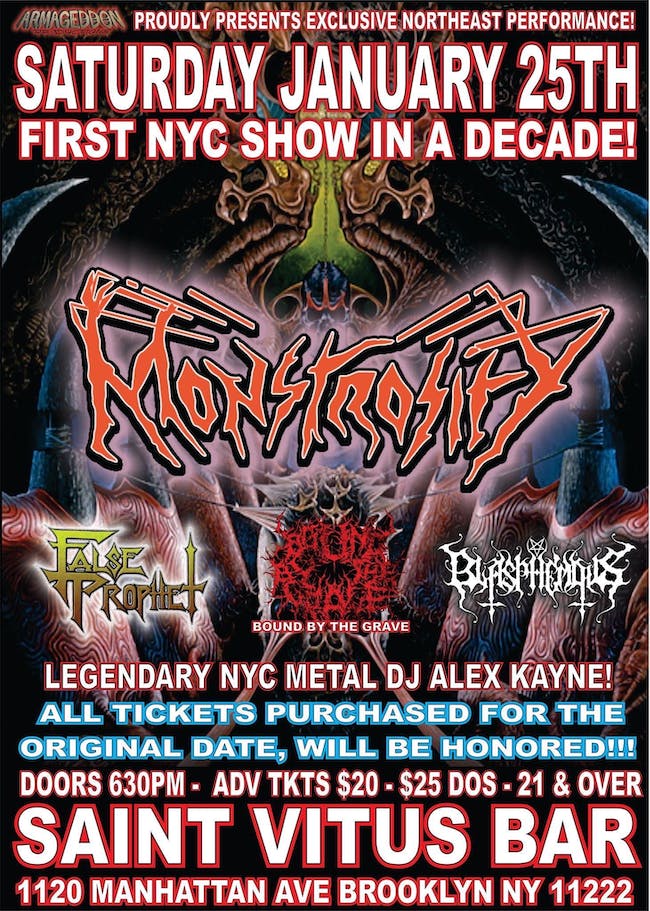 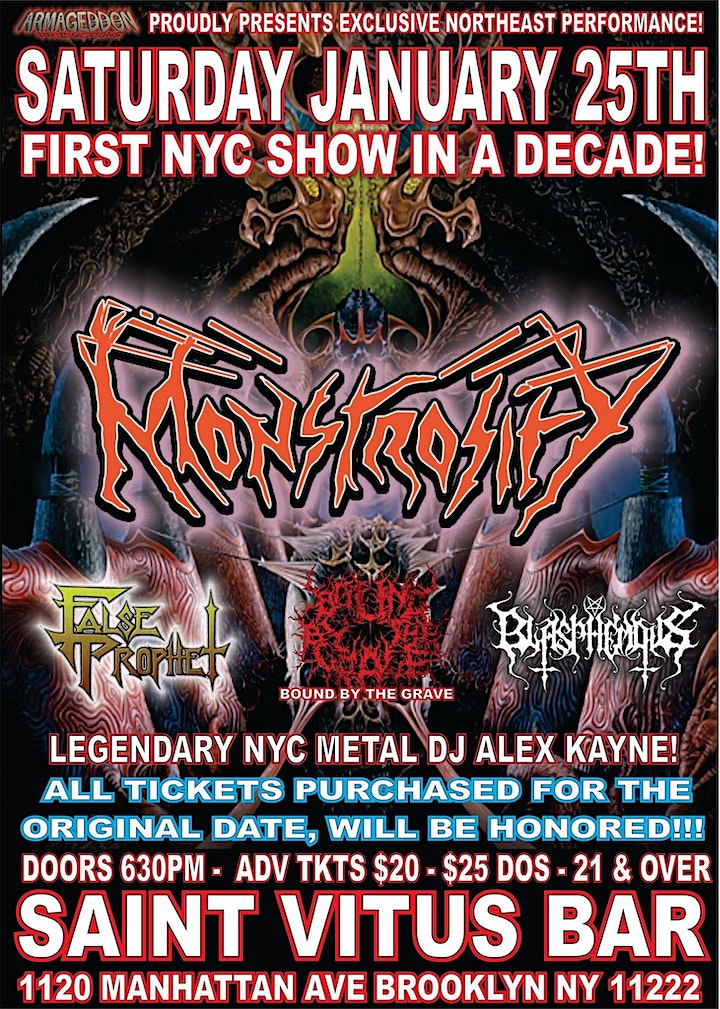 Monstrosity, being one of the first Florida based Death Metal bands, was formed in late 1990 by Mark Van Erp (bass), Lee Harrison (drummer) and Jon Rubin (guitar). They were eventually joined by George "Corpsegrinder" Fischer (vocals). After the release of the demo "Horror Infinity" the band was signed to German Nuclear Blast Records where their first release was the debut album, "Imperial Doom". However, there where some disagreements with the label and eventually the band left the label.

Two years after the release of the demo "Slaves and Masters", in 1994, the band was signed to Conquest Music and released their second album "Millennium" in 1996 (ironically licensed by Nuclear Blast for the European market). The album was a huge succes and the band then embarked on various tours to promote it. After the release and tours George "Corpsegrinder" Fisher left the band to become a member of Cannibal Corpse. He was replaced by Jason Avery. The band then returned to the studio to record their third album. The result was "In Dark Purity" which was released in 1999.

In 2001 the band returned with the double disc album "Enslaving The Masses" which contained remixed songs from past albums (all vocals by George Fisher) on disc one and live songs from various shows on disc two. Unfortunately, Jason Avery had to leave the band because of personal reasons. He was replaced by Sam Molina. In 2002 former tour-only member Patrick Hall (guitar) re-joined the band as permanent member.

In 2003 former vocalist Jason Avery also re-joined the band. Sam Molina didn't quit but instead he became second guitarist. Same year they recorded and released their fifth album, "Rise To Power", which was recorded at Audio Hammer studios in Sanford, Florida.